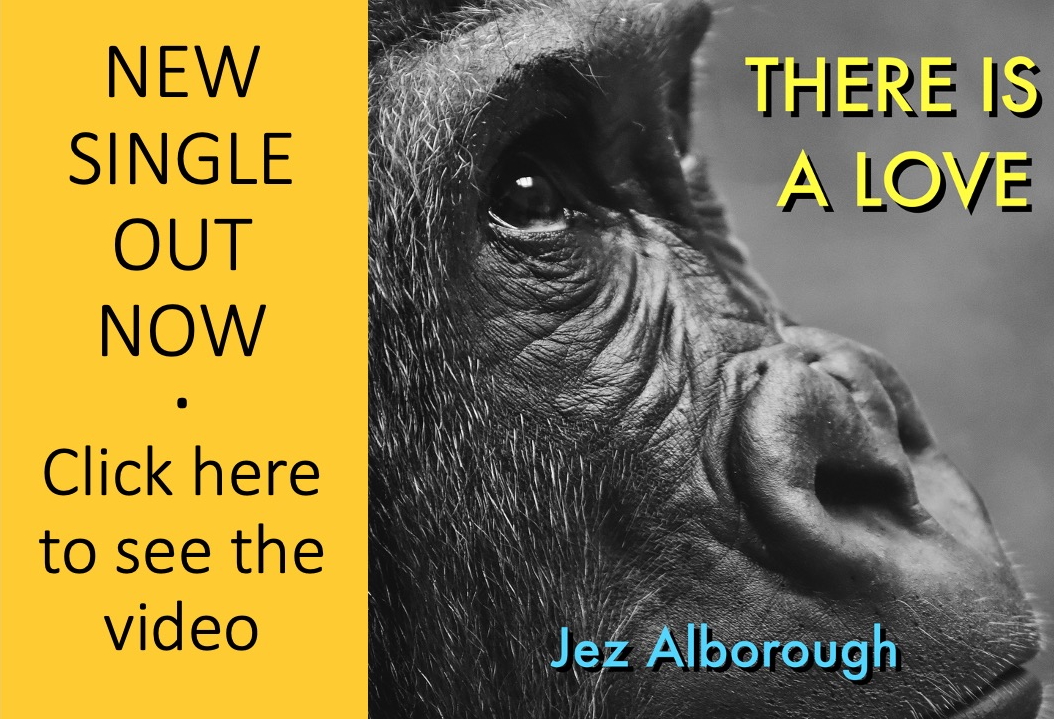 When identification with Personality drops away permanently

‘We shall not cease from exploration.

And the end of all our exploring

will be to arrive where we started

and know the place for the first time’. – T.S. Eliot

Matthew: The question that keeps arising is how does one Wake Up out of the Dream of Personality permanently? You’ve talked about Readiness, Yearning and surrender but I still don’t feel you’ve actually answered the question…

Jez: What you’re referring to is what I call ‘the Shift’ – the moment when identification with Personality is broken forever. Let’s try a different approach to this question: How do you think it happens?

Matthew: I presume it’s the culmination of the breaking down of the Personality. You’ve said that throughout your life Choice-less Awareness fell on the Personality, but just parts of it, like flecks of light in the field of grey. When the Personality’s exposed in a breakdown and there’s surrender to it, I imagine those flecks of Awareness gradually get bigger and take over the Personality until there’s nothing left of it.

Jez: It’s logical to think that, once Choice-less Awareness has seen through all the patterns and forms of Personality, then Suffering stops; then there’s no Personality left, no Dream. This is how life usually works in the Relative Level when it comes to progress: A logical, steady progression continues until the goal is achieved. But the Shift doesn’t happen like that.

Jez: This is a very important point. The truth – that you’re not the Personality – exists now, not just in a future that arrives when you’ve Seen through all of its layers and structures. Whether you’re ready to experience and live that now is a different matter.

Matthew: That sounds inconsistent to me because you said we need to confront those layers of the Personality.

Jez: Confrontation with them happens, and it can contribute to you being ready for the Shift, but that’s not what actually frees you from the Dream of Personality. This is not about an accumulation of knowledge, insight or even awareness. It’s about finding an entry hole into the Understanding that you’re already free; that you’re not your Personality.

Matthew: If Awareness of Personality doesn’t ultimately bring about a freedom from Personality, people might ask: Why practice it?

Jez: It’s a fair question. To put it another way, the logic you’re applying is: If no practice works, not even awareness, you might as well do nothing. This conundrum can lead to a trap, because the mind is used to the logic of action followed by result: ‘If I do this, I’ll get that.’ So now it starts to practice a kind of searching in reverse. It says: ‘If I don’t practice and I give up, I’ll reach the goal.’ But it won’t necessarily deliver freedom.

Jez: Because it’s still a practice, a Doing. There’s still a Personality applying the logic of ‘When I get this I’ll be happy’.

Matthew: This is impossible!

Jez: To the logical mind, yes it is.

Matthew: So you’re left in a double bind: Doing nothing doesn’t get you there and doing something doesn’t either?

Jez: Correct, no practice can deliver this to you.

Matthew: But Choice-less Awareness is beneficial?

Jez: Yes. As we’ve discussed, when Personality is Seen, your identification with it is undermined. So what I’m saying is: Choice-less Awareness can create an environment in which deliverance from the Dream of Personality can happen, however – and this is important – that deliverance is not the result of a linear progression. It’s not dependent on Seeing every layer and facet of the Personality. It can happen after Seeing one facet, or three, or a hundred; you can’t know. It just depends on how ready the apple is to fall from the tree.

Matthew: So what would your advice be to that younger you, who wrote those journals and tried for all those years to understand his Personality in order to get free of it?

Jez: I’d say: ‘Keep on doing what you’re doing.’ What else can you do but follow that passion, that path? From that side of the Dream, all you can do is keep watching. Like I said, I had no choice about it anyway.

Matthew: OK, so to summarise, there’s nothing you can do, or not do, to Wake Up from that Dream. Choice-less Awareness can be beneficial but that’s not something you Do. So, taking all that on board, I still want to try and pin this down: How does the Shift actually happen?

Jez: Of all the questions that arise in this enquiry, this is the most difficult to answer. Explaining how the Personality functions is much easier because it all happens in the Relative Level where logic is applicable. Science works in the Relative Level: It’s the investigation of things that abide by rules of logic; it can be broken down into logical pathways, equations and conclusions. For example, in chemistry, matter can be observed under the microscope, analysed accurately and understood through the application of reason. We know that water is made from hydrogen and oxygen: This can be proved as a physical fact.

Psychology is more nebulous than Chemistry because rather than dealing with matter it’s dealing with mind. Thoughts, feelings and Emotions can’t be physically put under the microscope but they can still be examined. With careful observation you can analyse and understand patterns of behaviour because there’s logic to them. There’s cause and effect: ‘This happened and I felt that’ etcetera.

In these talks we’ve mostly been discussing the Personality. Although the material is perhaps unusual and alien to you, it can still be understood intellectually because of the logic that underlies it.

Matthew: Apart from when we’ve introduced the subject of the Absolute Level to Personality, like we did in the discussion about Awakening.

Jez: Yes, exactly. When we talk about Oneness, Being, Consciousness or Love things get more difficult. Logic starts being left behind, words become inadequate. Then we find that more poetic language becomes a better tool to point in the direction of what’s being discussed. However, for the most part we’ve been dealing with the functioning of Personality, but now we’ve come as far as we can in discussing the approach to the Shift from the Relative Level of a Personality. We’ve talked about Yearning, Readiness, surrender and the breakdown; all this helps you See through your identification with it, but then the world of logic runs out. That’s indicative of the Absolute coming in.

Matthew: What do you mean? Why is it ‘coming in?’

Jez: Waking Up happens when the Relative Level of a person…

Matthew: Hold on, what do you mean by the ‘Relative Level of a person’?

Jez: I mean the whole functioning of the mind which translates the Oneness into Duality; the sense of separation which we learn to operate as, the sense of ‘Me-ness’. Waking Up happens when the Relative Level of a person, that idea of separation, meets the Absolute Level of Oneness. Where these two realties meet, things become nebulous. The closer you get to the Absolute Level…

Matthew: I need to stop you again? Isn’t everything the Absolute Level?

Matthew: Well, if everything is the Absolute Level, how can you get closer to it?

Jez: You’re right. Looking from the Absolute Level, as you’ve just done to make that comment, the idea of getting closer to Oneness is absurd. But I’m attempting to describe what happens in a Shift – which refers to a shift from the Relative Level, i.e. from the perspective of Personality. From that viewpoint, there appears to be separateness, and then there appears to be something which is not separate, which is the Absolute. So we’re engaging with concepts because of the belief from the Personality that it is separate. Without that belief there’d be no need for these concepts, these discussions or for this book. I could just say ‘You are Love,’ and that would be it. But then again, there’d be no need to even say it, because you would know it.

Matthew: I see what you mean.

Jez: So, allowing for the limitations of language, I was saying the closer you get to the Absolute Level, the more the domain of logic runs out and the mind loses its illusion of control. After you Wake Up, you don’t necessarily know what’s happened. You don’t really know how you arrived there; you just know that you have.

Matthew: But you must have some recollection of that time?

Jez: Yes. In the next talk I’ll tell you what I remember, but once again, bear in mind that this isn’t a template for everyone. 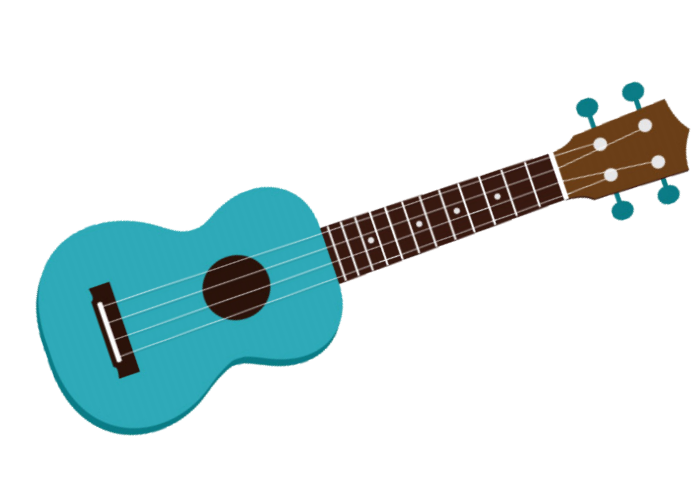